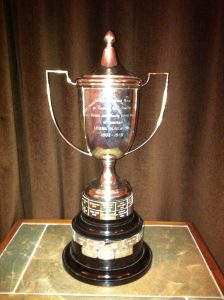 The Lorna Newton competition is a Branch knock-out striking competition between branch towers.

The competition runs from February until October each year. Every tower in the Branch (except the winner of the Six Bell competition) is entered into a draw and towers are paired up to ring against each in the first round. Each pair of towers make their own arrangements for the competition, agreeing a suitable time and day for it to take place, booking a tower and arranging for a judge to be present. Towers have until a published date in April to complete the first round.

The second round is played in the same way as the first with the winning towers from the first round being drawn against each other. The winners of this round go forward to the final which takes place on the same day as the Branch Half Yearly meeting in October. The winners hold the Lorna Newton cup for a year and the runners up also receive a cup.

Our secretary organises the draw and makes sure all towers know when the competition is taking place. For the rules click here.

For details of all past results please click on the link below.

The draw for the second round took place at the Branch AGM at Chalfont St Giles on 23rd April.  Results of this Round should be notified to the Secretary by 24th September 2022.

Please note: any bands which have not notified a result or requested an extension by this date will be deemed to have withdrawn from the Competition.

In the 1973 Guild Annual Report, the EBSB section (by Ken and Angela Darvill, who were joint Branch Secretaries at the time) contained the following: “Percy Newton presented a cup to the branch for a new striking competition to be known as the ‘Lorna M Newton Memorial Cup Competition’. Entry is by invitation which is extended to all towers in the branch except those who have gained first or second place in the traditional competition.”

Robert Newton’s Aunt Lorna died suddenly in her late sixties in 1969. He believes she was never a ringer, but accompanied Percy on outings and other ringing trips. Robert knows Percy was keen to encourage those who felt they had no chance of winning the main branch contest and going on to represent EBSB at Guild level. Robert thinks the popularity of the competition over nearly forty years indicates its success in achieving that aim.

When Percy died in 1997, their granddaughter, Tracy, gave a cup in his memory which has been awarded to the runners-up.

The base of the Lorna Newton Cup shows that it has been won by twelve towers. Bray was the first winner, in 1973. Beaconsfield have won it eight times, High Wycombe (A or B) seven, Lane End six and Bray four. No other tower has won more than three times.

Over the years there have been several rule changes. For example, it is now possible for towers to enter if they do not have enough of their own ringers to form a band, and it is now only the winners of the Six Bell competition who are barred from entering the Lorna Newton competition. The photo below shows a family gathering with Lorna on the left and Percy next to her. 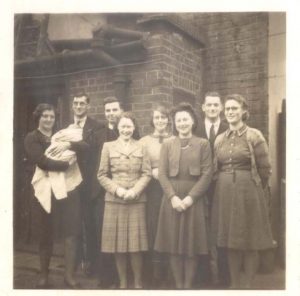 The first draw of the new season of the EBSB 100 Club was held at the Branch practice on 11th December. See the Fundraising page for the winners.